The scheme, which was developed in partnership with Leeds City Council, consists of three two-bedroom wheelchair-accessible bungalows and six two-bedroom accessible and adaptable houses.

As some wheelchair users have more specific housing needs, the Kentmere Avenue designs offer a basic, flexible standard that can be tailored for particular tenants.

Where required, we’ve carried out simple, low cost adjustments and home adaptations during the final fit out phase of the build.

Designed by Acanthus WSM Architects, the properties are similar to houses at Habinteg’s Raynville Crescent development, which is also in Leeds.

The new designs benefit from improvements that Acanthus made following consultation with tenants and our own access specialists, the Centre for Accessible Environments. 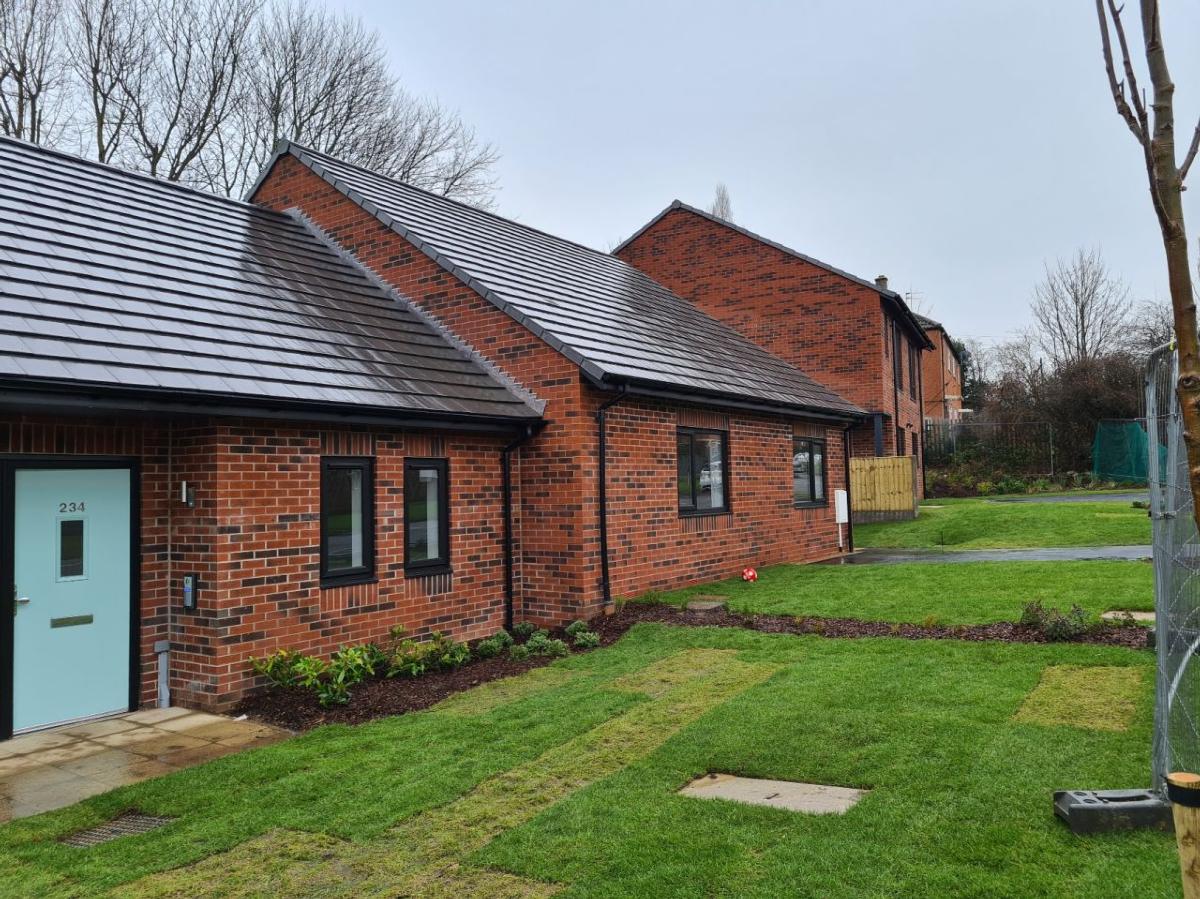 Leeds City Council owns the site on which the homes are built. It had previously been used for fly-tipping and had become a general nuisance for residents living nearby.

We were very happy to be able to provide much needed accessible housing, building on an already positive partnership with the council’s housing team.

Once the tenants have settled in, we also hope to get to know some of their stories so that we can share the good news about the difference moving into their new homes at Kentmere Avenue has made to their lives – watch this space!