William White is a 54 year old part-time wheelchair user who has been living in a Habinteg accessible property for just over a year. In his view, an accessible home is vital for him to live an independent and fulfilling life, which he did not feel was possible in his previous property. One year on, he says that his new home has not only allowed him to spend more time with his family, but also provided him with a “fresh lease on life”.

Prior to moving into his accessible home in 2018, he lived with his wife in an unsuitable dwelling for 22 years which resulted in him falling into serious depression. Even though his previous property had a stair lift, other features such as narrow doors and a small kitchen reduced Mr White’s mobility, leaving him to spend most of his days confined to one room. Mr White was also a keen gardener before he began relying on a wheelchair or walking stick, but due to his previous house having steps into the garden, it was almost impossible for him to go outside. The front of his property was also a hindrance as there was a steep embankment leading to his parking space, which resulted in him rarely leaving his house for years. 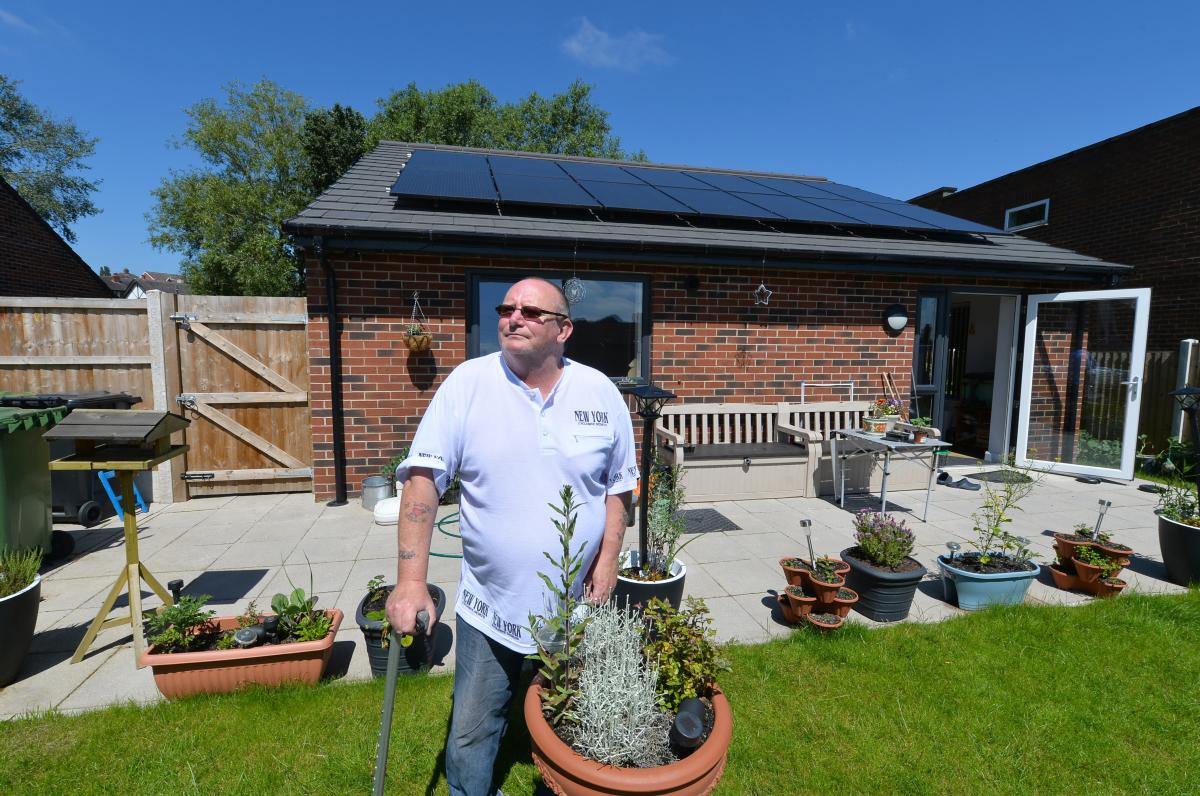 Now, Mr White and his wife share a wheelchair accessible bungalow equipped with wider doors, level-access to the garden, adjustable height worktops and a wet room. Mr White says the combination of these features have made him both “healthy and happy” and he finally feels as though he has his “life back after 22 years of being held back.”

Mr White says: “Living in a one-level home has really changed my mood, my mobility and most importantly, my life. Where I was before, I didn’t want to interact with people, friends or family, as I felt discouraged by my condition. I couldn’t do basic things like go to the upstairs toilet or into my garden to play with the grandkids when I wanted to. This left me with depression most of the time and I really struggled with my mental health. To me, access means independent living, and that’s exactly what Habinteg has provided me with.

If I ever want my own space, or feel poorly, I can do what I enjoy most and go into my garden and look after the vegetables, which really relaxes me and reduces my anxiety. I’m sure my wife also appreciates our new home because it’s allowed us to spend more time together. As there are several accessible homes in the neighbourhood, everyone in the community is really empathetic to each other and makes an effort to check up on you which I really appreciate. I can honestly say that my new home has provided me with a fresh lease on life.”